The year 2017 has galloped to a close and here we are at the 10th of December already.  Everyone is always ready to ‘enjoy a party’ at the end-of-the-year.  The coach started off in Tableview with many happy people – who were joined by the group from Constantia (the Constantia group out-did themselves arriving with Christmas headgear all ready to celebrate the day out in the country).

Brian set the ‘rules’ for the day – handed out some masks and we were A-for-Away to enjoy the day. Everyone was told that they had to wear their masks on arrival at our 2 destinations.  Honingklip Brewery was the first where Analize and Mark warmly welcomed us to their Brewery!  They have worked in Belgium where the love of brewing their own beer first took root.  They had taken on extra staff for the hour that we were there – which resulted in an effortless beer tasting and food pairing!

Saison – biltong and mustard with beets
Blond – Goats cheese and citrus
IPA – Tomato and choriso
And then their Stout which was paired with chocolate brownies!

The beers were delicious and many who normally don’t drink beer enjoyed the experience.  Thank you to the staff of Honingklip – definitely, a place to return to again. Their Sunday roast looked and smelled great.They even have a 4 x 4 route which would be a great experience in the mountains around the farm.

By 13h00 we were heading up the hill to Gabrielskloof for the second part of our day.  Unfortunately, we arrived in blistery wind – and it was decided to move the group to another veranda where the wind was not as fierce!  This was done swiftly and very soon the group had settled down and ordered a bottle (or two) of wine and the deli platters were served!  These were accompanied by fresh homemade bread!  The Deli Platter consisted of Frikkadelle, hummus, brisket & shortrib terrine, Parma ham, Labne balls & tomato salad, pickled mushrooms, marinated olives, spiced almonds, & focaccia.  A ‘gesellige’ way to enjoy lunch – and conversation flowed at all the tables.

Some of our guests visited the on-site chapel, a great addition to the estate – there was a small wedding on site and the ceremony had just finished on our arrival.  Gabrielskloof is a picturesque estate with two ponds in which they have 2 turtles – unfortunately, you hardly ever get to see the turtles – they are ‘people shy’ and generally only come out at night when the estate is quiet.

We could not flaw Gabrielskloof on their service – very attentive with Mariaan constantly checking up that everyone was happy and content!  Perhaps a return visit eating in their restaurant would be a better option!

All that can be said at the end-of-the-day is that everyone seemed to enjoy the day out in the country enormously – the masks and Christmas gear added to the atmosphere – amazing how people let their hair down when things are not the same!

The theme for the day was “Nothing stays the same” and my goodness, it ended up being a day with a difference.  Ten gifts were given out to lucky number holders – some of them quite crude – some of them being traditional – all in all a happy day with everyone getting back to Constantia by 17h00 and Tableview by just before 18h00. Now its onto Christmas with a few traveling to different parts of the globe – USA (Dennis and Laura) and Australia (Bev); with the rest of us quite content to ‘do Christmas’ in the Western Cape.

“There will no doubt be many gifts under the Christmas Tree,
but the best will inevitably be, the friendship of others ,
so very precious!” 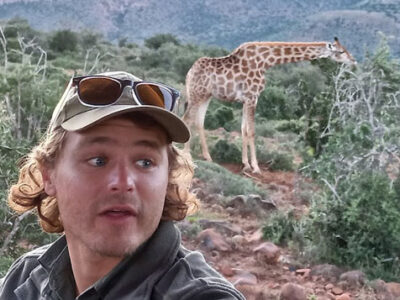 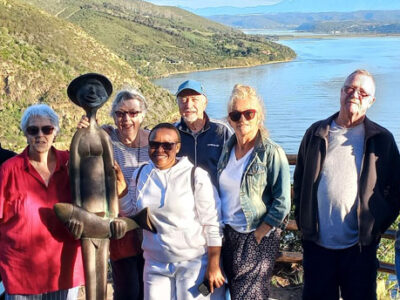 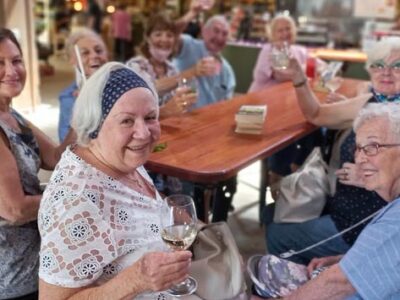 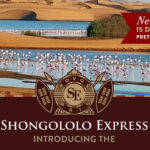 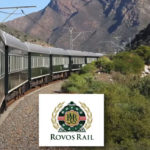 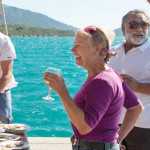 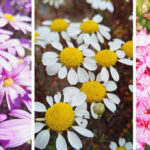